How to Configure OPNsense for a Directly Connected PC or Server

One of the most common ways to set up a home network with OPNsense is to use the following configuration: Internet > modem > OPNsense > network switch(es) > end devices/wireless access points.

Many network appliances will have more than 2 ports/interfaces. You may use the extra ports to attach network switches or other devices you may have on your network including PCs, laptops, game consoles, media servers/players, and wireless access points. This may be a convenient option for you based on the location of your OPNsense box.

One important thing to note when using the extra interfaces: they are treated separately by default. They do not function like a network switch. If you want to make the interfaces function like a network switch, it is possible to bridge the interfaces together, but generally that is not recommended since it is done in software rather than in hardware which could bottleneck performance. This how-to will focus on configuring the interface for a device which will be isolated from the rest of the network. Firewall rules may be used if you want to allow access to the device from other internal networks. You may use this approach if you wish to isolate a device without creating a separate VLAN a single device.

Note: If you connect a network switch to the extra port instead of a single device, you can use this same approach to isolate multiple devices on its own network. You are essentially creating a separate physical network rather than using VLANs. If you only have unmanaged switches, using separate physical networks allow you to segregate network traffic without needing to use VLANs, but you will need to use a separate switch for each interface if you wish to have more than one device on each network. There is less flexibility in this approach because you have to make sure devices are plugged into the appropriate network switch. If your switches are not centralized in your house, you will have to run Ethernet cable(s) to the proper switch which may not be convenient.

For this example, I am assuming the following wired connections as pictured below. The OPT1 interface will be used for a PC in this example: Some network appliances label the Ethernet ports as WAN, LAN, OPT1, OPT2, and so on. I have a Qotom mini-PC (affiliate link) similar to the one pictured and it is labeled 1 through 4. However, I have discovered that the actual interface numbers in OPNsense are 0, 2, 3, 1.

In this example, I am using “DMZ” and the name of the interface since for illustration purposes will be putting the PC on its own isolated DMZ network. Click the “+” button to add the interface.

Once the interface is added, you will see it in the interface assignment list. Click the “Save” button to persist the changes. The interface should now be displayed in the left navigation menu. If you have experience configuring a new interface besides the default LAN interface, you will recognize that this configuration is no different when you have a switch plugged into the interface rather than a single device. Keep in mind that the new interface essentially acts as its own network (when not bridged to other interface(s)). The interface itself will have its own IP address and the connected device will have its own IP address within the network range you have defined. You might think that by plugging a single device into the interface that only your PC will have an IP address just like when plugging into a switch port. In reality, both the router interface and the PC have an IP address, which is no different than having a switch in between the router and the PC. When you think about both scenarios behaving the same, configuring the interface in OPNsense makes more sense.

Once the interface is created, you can add the firewall rules. It is ok if you do this step last but you will not be able to connect to the network or the Internet without adding the appropriate firewall rules since by default newly created interfaces have all network traffic blocked (unlike the LAN which automatically has an “allow all” rule generated when you first installed OPNsense). By creating the rules now, you will know you have the rest of the configuration correct because you will be able to access the Internet and anything else in your network that you allow access.

For this example, the bare minimum rules you will need is to allow access to the DNS service on the router interface/gateway and an “allow Internet” rule which allows access to any network except for your other local networks (to isolate it from the rest of your network(s)).

The first rule is required because DNS will be blocked by the second rule since an alias containing the RFC1918 private address ranges is used to block all access to other internal/local networks.

The second rule is making use of a network alias called “PrivateNetworks” that was created to contain all of the RFC1918 private address ranges: 10.0.0.0/8, 172.16.0.0/12, 192.168.0.0/16). The rule makes use of the “Destination invert” option which essentially means “not” the addresses contained in the alias. So the rule below is essentially saying “allow access to addresses that are not in the RFC1918 private address ranges”.

If you wish to use a dynamic IP address so your PC can automatically obtain the network addresses it needs to connect to your network and the Internet, you will need to enable the DHCP service.

To enable DHCP, go to the “Services > DHCPv4 > [DMZ]” page. If you chose a different name than our example of “DMZ”, click on that name instead. Click the “Enable DHCP server on the DMZ interface” checkbox. Then enter the range of IP address you wish to use. Since you are plugging a single device into this network, it does not need to be a wide range, but it does not hurt anything if you allow a large range. It may not be a bad idea to have a larger range in case you decide later to plug a switch into that port because you will have more address space for more devices.

Click the “Save” button when you are finished. If you chose this option, you can skip the “Option 2” sections.

There are 2 ways to set up a static IP address. The first way is to use a static DHCP mapping. I prefer the first way because it allows you to manage all of your static IPs on your network from a centralized location in OPNsense. You do not have to go to each device and manually configure its IP address. However, for this example of one PC on its own interface in OPNsense, you could simply manually configure the PC/server’s IP address since it requires less configuration in OPNsense.

For this option, you need to follow the Enable DHCP section above since the DHCP service needs to be active on the router interface. Once it is active, you will have the ability to create a static DHCP mapping.

The easiest way to create a static DHCP mapping is to go to the “Services > DHCPv4 > Leases” page. The “Leases” page shows all of the DHCP leases for all devices on your network. Scroll down to find the device that is on your DMZ network. There should only be one device in the 192.168.2.x range. Click on the “+” button to create a DHCP static mapping. If you are manually configuring the IP address of your PC, you do not need to enable DHCP as you did with “Option 1” or “Option 2A”. You will need to go to the network settings of your Operating System and enter the following information:

I hope you found this information helpful even though it may seem like fairly basic information. However, there are some nuances you may not expect when you are new to OPNsense. The fact that the router interface and the PC have separate IP addresses may not necessarily be intuitive to new users. If you imagine the configuration being essentially the same as though you have a network switch in between the router and the devices, configuring the interfaces and firewall rules become more straightforward. 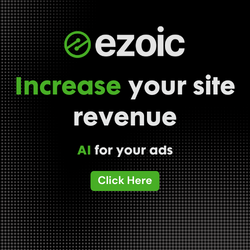